Some more common cat illnesses and their symptoms 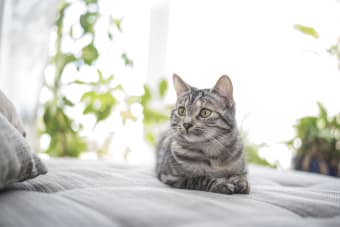 There are a wide variety of cat illnesses that may cause your feline friend to exhibit worrying symptoms if they aren't promptly diagnosed and treated. Here, our Orlando veterinary team offers some explanations of signs and symptoms you should be aware of for a host of common cat illnesses not covered last time.

What Cat Illnesses Should I Be Aware Of?

As the owner of a cat, there are a huge number of possible illnesses that your cat could contract that you should be ready to identify.

If it is required, you should be prepared to visit your veterinarian if you think your cat is ill, especially since it may take longer than is ideal to notice any symptoms your cat is exhibiting. Cats tend to isolate themselves when sick, so you don't see as much of them to even know that they are feeling unwell!

Here are three different illnesses found in cats that you should keep an eye out for:

Feline Immunodeficiency virus, also known as FIV, a s a slow-to-develop virus that can be transmitted from one cat to another either through deep wounds like from a bite or, less frequently, from an infected mother to her kittens. Since the virus develops quite slowly, you may not notice symptoms in your feline friend for years after their initial infection.

This virus significantly weakens your cat's immune system, making them much more susceptible to secondary infections, conditions, and diseases. There is no cure for this disease, so treatments generally aim to extend the asymptomatic period for your cat.

Some symptoms of FIV include:

If this virus I caught early, before secondary infections have arisen, your vet may be able to ease some of its symptoms to allow your cat to live as normal a life as possible. If your cat is diagnosed with FIV make sure that you keep them indoors as much as possible to avoid possible causes of disease as well as prevent your cat from infecting other pets in the neighborhood.

Although it is referred to as Heartworm Disease, heartworms are small parasitic worms that live in the heart, lungs, and blood vessels of animals. These parasites are spread by mosquito bites.

You may have primarily heard about heartworms in dogs, since canines will spend more time outdoors than indoor cats and because cats aren't natural hosts for heartworms. However, neither of these means that you shouldn't be wary of heartworm, especially if you live in a particularly densely mosquito-populated area.

Unlike in dogs, most of the worms are killed by a cat's immune system before they can take up residence in their body. But your cat's severe immune response to these dangerous parasites can be dangerous all on its own.

Some of the signs that your cat may be infected with heartworms include:

Breathing difficulties which often occur in the first stage of heartworm infection used to be diagnosed as feline asthma or bronchitis. It is now thought that these persistent breathing issues can be attributed to a heartworm-associated respiratory disease (also called HARD).

While there is no treatment for heartworms and they remain potentially dangerous to your pet, many cats can naturally fight off these invasive parasites. You will need to bring your feline friend to your vet for regular checkups and chest radiographs after their diagnosis though.

Hyperthyroidism is when your cat's thyroid gland is overactive, producing too much of the essential hormones it normally does. Normally, the hormones generated by your kitty's thyroid regulate their body's processes. But, when too much is produced, your cat may exhibit severe symptoms.

Cats with hyperthyroidism burn energy too quickly, needing to eat more food than usual while still losing a concerning amount of weight. This condition is most common in senior cats, usually over 10 years old.

Some of the symptoms of hyperthyroidism include:

If hyperthyroidism isn't identified and treated in your cat, it can cause serious long-term health issues and even death. And the diagnosis of the condition can be a bit tricky. Your vet will check for an enlarged thyroid gland as well as conduct extensive blood testing. With appropriate treatment, however, this condition's prognosis is generally good.

What should I do if my cat is ill?

If your cat is sick and showing any of the symptoms that are listed above, make sure that you bring them to your Orlando, we use our in-house diagnostic lab, pharmacy, and state-of-the-art veterinary treatments to provide your pet with the care they need to stay healthy and happy.

Are you worried that your cat might be ill? Our veterinary team has extensive experience in the diagnosis and treatment of many common conditions and diseases in our feline friends. Contact East Orlando Animal Hospital today to book an appointment. 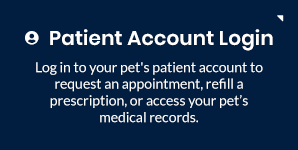 Caring for Pets in Orlando

East Orlando Animal Hospital is always happy to welcome new clients to our full-service animal hospital. We look forward to meeting you and your pet!